Ten years from now, we will probably still remember how we lived through the initial days and weeks of the corona crisis. Meanwhile, the world will have changed forever.

As of April 1st 2020, we can already see some short-term consequences that seemed unthinkable just a few weeks ago: Millions of people are asked – or forced – to stay at home. Restaurants and shops are closed. Inner cities that are usually bustling with life seem deserted. Pictures of the suffering caused by COVID-19 are hard to bear. Doctors are facing impossible choices as ventilators run short in certain places. To fight the virus, some demand drastic measures, including large-scale surveillance of citizens in order to “flatten the curve” of new infections. Others warn that we must not sacrifice the economy which people’s livelihoods depend on. At the same time, we see unknown levels of solidarity happening. But we also see fear and hoarding of food and toilet paper. And next week may be different again…

Countries, states and communities are currently reacting in different ways to the crisis. Time will tell which responses were effective and which were not. With this article and our four scenarios for the year 2030, however, we do not intend to answer what should or should not be done now to fight the coronavirus. Instead, we try to shed some light on the potential long-term consequences of the actions that we take today.

Complex social systems like the economy, or society as a whole, share an important characteristic: Even decisions that seem inconsequential at first can – in certain cases – have immense impacts in the long run. One illustrative example of so-called path dependence is left- vs. right-hand traffic: When automobiles first came up, it would still have been relatively easy to switch countries to one side of the road globally. Today, this would be far more difficult and costly (the last European country to switch was Sweden: at 4:50 am on September 3, 1967, all cars had to stop. At 5:00 am they were allowed continue – on the right side of the road. [1]). During a crisis, many decisions are taken in the heat of the moment. “Act now – discuss later!” is an often-used argument. However, as Yuval Noah Harari warned in a recent ft.com article with respect to surveillance for public health reasons: “… temporary measures have a nasty habit of outlasting emergencies, especially as there is always a new emergency lurking on the horizon.” [2]. The remedy of today may become the curse of tomorrow. Conversely, we will live in a better future if we set the right course now. Scenarios help us identify these key choices that may be significant for the next ten years and beyond – for our health, our economy, our society.

At the crossroads – scenarios as a guide into the future

Scenarios provide us with a glimpse on how the future may unfold. Yet scenarios are sometimes criticized as mere intellectual exercises. Used the right way, however, they are of high practical relevancy. For companies, scenarios can be used to assess the robustness of their strategy and business models. They provide clarity on the true choices that companies are facing. Scenarios also portray possible customers of the future – what they will think, feel and need. In short, scenarios help companies to prepare against threats and inspire them to shape their future rather than just waiting for it to unfold. Governments or NGOs can benefit in a similar way.

In the following, you will find (A) short descriptions for each scenario, (B) a “historical account” of how each of the scenarios emerged from today until 2030, and (C) a comparison of representative scenario aspects to clarify how each scenario is different (note: unless specified otherwise, the scenarios describe the situation in Germany in 2030).

One last point before you explore the scenarios: It is important to keep in mind that scenarios are not “predictions” – by design, they are plausible but unlikely. The world of the year 2030 will likely feature aspects from several of our scenarios, along with things that we did not anticipate at all. To keep track of where the world is heading, watch the indicators that are representative of each scenario (e.g., the state of the economy, level of digitalization, freedom vs. security, etc.)

Our four scenarios for 2030 in a nutshell:

Scenarios are the endpoint of a long-term development – over 10 years in this case. At first glance, you may feel that the worlds we constructed are too radical, too different from today. To open up your mind for “scenario thinking”, it might help to remind yourself how things were 10 years ago. For example, in April 2010 the Arab Spring was yet to happen, Donald Trump was known mainly as a TV personality (with season 9 of “The Apprentice” running), and our celebrities had no followers on Instagram (that was only launched in October 2010). Scenarios are the result of trends and their interaction with outcomes of various uncertainties (in this case, we considered 31 trends and 18 uncertainties using our Scenario Sprint methodology). The storylines below describe how the world might develop from today to the respective scenarios in 2030. They are designed to help you connect the dots and immerse yourself into the future worlds that we have built for you:

… how a virus triggered a digital revolution

It is important to note that scenario 1 is not created by an authoritarian state. Yes, people’s lives have become highly transparent and adverse behavior has negative personal consequences. This happens voluntarily, however, not by force. Choice by choice, people opt for security and convenience instead of autonomy and freedom. With the exception of a few dissenters, people like the society they live in and look optimistically into the future.

… how we lost control

Scenario 2 is a grim scenario. Of course, there are also stories of hope and benevolence. But society is deeply divided over who is to blame and what the path forward should be. Combined with a lack of trust in institutions and democratic processes, a successful turnaround seems unlikely in the near future.

… a new sense of purpose is born

Most people who live in the “Solidarity RULES!” world feel positive about it (and defend it against criticism). At the same time, society does not tolerate fundamentally different lifestyles that are considered as too materialistic or selfish.

… a newfound confidence in life

“Dare, with care” is an active, resourceful society. People tend to complain relatively little and show a can-do attitude. Those who lose control over their life nevertheless can expect help for self-help – but little compassion. Apart from that, there are few legal or social rules for how people should live their lives.

The corona crisis has demonstrated how dynamic – and in parts fragile – the world actually is.

You may have come across the side-by-side picture of the pope announcements 2005 vs. 2013. The pictures look almost the same – with one big exception: on the second one, people are holding up countless mobile phones to take pictures. Maybe, there will soon be equally striking pictures that symbolize the new era that started with the corona crisis. For example, we may see German football fans in the stadium celebrating the FIFA World Cup of 2022 – in contrast to 2014 now all wearing facial masks (in black-red-gold).

Right now, it is difficult to see anything but tragedy and danger in the crisis. However, discontinuities like this are also an opportunity to fix dysfunctional aspects of our system and make society better. But it can go either way, of course.

Our four scenarios can help us see more clearly the path we are on, and to correct it if necessary. At SOMMERRUST, we hope to make a contribution on this path by creating and facilitating innovation. Now is the time to shape the future.

Let’s get to work!

About the scenario methodology:

There are some common misunderstandings about the scenario methodology. One is that scenarios are predictions of the future. They are not. They show possibilities. Predicting the development of complex social systems over ten years is simply not feasible. Scenarios have to be plausible, but they are unlikely by design.

There are different kinds of scenarios. The scenarios described in this article are “learning scenarios”. They can be created relatively fast but do not claim to be detailed and researched deep enough to serve as “decision scenarios”. As the name “learning scenarios” implies, they are intended to start a learning process that is usually much more valuable than the scenarios itself. One of the key challenges in this respect is making sure they the scenarios are applied properly. The first step is to ensure that the audience gets a thorough understanding of the different scenario worlds (this article is one step to achieve this). Then, scenario impacts need to be determined that are specific to the audiences domain (for the scenarios above we conducted „industry sessions“ for this purpose). And finally, adequate responses need to be developed in a systematic way.

💡 Read more about our scenario methodology.

👉 How well did our scenarios anticipate what actually happened? Read our review one year later.

🔮 What would it be like to live in the four scenarios? These four short stories try to imagine an answer. 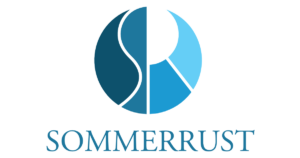